There are few things that impact a divorce more than a restraining order. In many situations involving divorce, the two sides and their lawyers can sit down and draft an agreement, negotiating the details that they do not initially agree upon. However, the unfortunate truth of the matter is that cases can be and often are, considerably more acrimonious, perhaps even to the point where a restraining order is in effect. Despite the fact that “no fault” is California’s standard grounds for divorce, a restraining order will likely have a major impact on divorce and other family law matters.

Complicating the process of negotiation

A restraining order will likely prevent the alleged abuser from being in the same room, just as they have also likely been ordered to leave the family home and stay away from the victim’s place of employment. This complicates the divorce process, forcing the two sides to find other formats if they wish to still avoid litigation. One option is to have the attorneys act as intermediaries without their clients in the room. Other options include teleconferencing or having the courts remove the restraining order or reduce it to a non-court order, informal agreement. 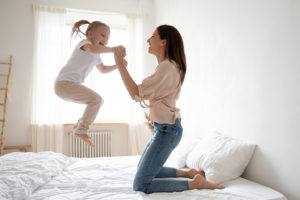 There can be a financial impact as well

Under the California Family Code Section 4325, there is a presumption that a person convicted of spousal abuse/domestic violence within five years of the divorce will not be entitled to spousal maintenance/support. This is a rebuttable presumption, but charges of domestic abuse can have a major financial impact upon those hoping to receive that support at least in the short term.

Whether a client is a victim of violence or accused of committing an act of violence, there will could be dire consequences upon such matters as custody and parenting plans and spousal support. Hartley Lamas Et Al is uniquely qualified to handle marriage dissolution under these most challenging of circumstances.