Today’s post deals with more or less the same scenario… but with an active marriage in place.  Even then, it’s not simply a monolithic scenario but has many possibilities.

Married and Living Together

Does that mean he is without recourse in case this child is not his biological offspring? Absolutely not; the law is about doing the right thing in the totality of the circumstances.  This means that it’s not just planning to do “right” by H, but also by the child and by Wife.

Thus, H has a statutory deadline – and this is a FIRM deadline – of two years from the date of the child’s birth to file a legal challenge to his paternity of the child.  Why, you ask, only two years?  The best interests of the child… if H has been acting as a father to the child for – say, two years and a day, before he files a Petition alleging the child is not his own, then the child knows this man as his only father.  The Legislature of the State of California has decided that at two years, a man who has treated a child born during marriage as his own child does not have the right to walk away from this child for any reason.

She’s Married, Living with Him, but the Child is Yours.

What, you ask, does a man do if the married woman with whom he has been involved decides to remain married to H, even though the lover thinks the child is of his loins, and not H’s natural child?

The law does give the lover – let’s call him L – a right to file a Petition to Establish Parental Relationship, just as I discussed in Part 2 of Who’s the Daddy?  And L’s statutory deadline is pretty much the same, but I add this caveat:  as the party alleging he is the father of the child of a married woman, no matter what he does, he is the “alleged father” and the H will be the “presumed father.”  Every day the “presumed father” treats the child as his own child strengthens H’s position as the future adjudicated father in every way.  In this circumstance, an “alleged father” is best off filing his Petition to Establish Parental Relationship as soon as L discovers the pregnancy or, later, the birth of the child.  Unless, of course, L is perfectly willing to have H raise a child which L may have conceived.

Married, Not Living with Him, and a Child is Born

This is the “married but separated” conception scenario, and tends to be one of the most painful scenarios I have experienced in the practice of law.  Perhaps I feel that way because I represented a man who wanted Wife whether or not the child conceived during the period of separation from Husband was his.  That was years ago, and it left marks on everyone’s soul.

Is there a “presumed” father if Wife is married to H, but separated from him?  Yes, and in all likelihood it will be H.  But H’s ability to contest his position as presumed father in this situation is pretty strong.  However, if he doesn’t contest it…?    Similarly, if L desires to pursue parentage of the child, he should do so as soon as possible.  It’s still a two-year deadline.

Can Wife allege that both men may be the father?  She can.  And then it will be the Court’s job to figure out which man should be the adjudicated, or legal, father of this child.

What should you take away from this?  Pretty much the same points I made in Who’s the Daddy? Part 2.   If your Wife has given birth to a child, do a DNA test as soon as possible.  You can do them on the sly, which prevents her being angry with you; they tend to be pretty accurate; and once you KNOW the actual parentage of the child you can make up your mind as to whether or not the child’s biological source matters to you.

A man shouldn’t have to raise a child not his own in this day and age, unless he chooses to do so.  But the choice should be made with ALL the facts in hand:  that way the choice is made knowingly, voluntarily, and intelligently.

After all, there’s a lot more to fatherhood than mere biology.

*Thanks to a recent holding in Marriage of Davis, we now have a bright line rule stating that if married persons are living together, they aren’t yet separated. We at Hartley Lamas Et Al believe that rule will be subject to some minor adjustments, but not a sweeping overturn as it more or less reinforces earlier case law laid down in Marriage of Norviel. As a result, we don’t have to deal with the extra possibility of being married, living togehter, but legally separated at time of conception/birth. 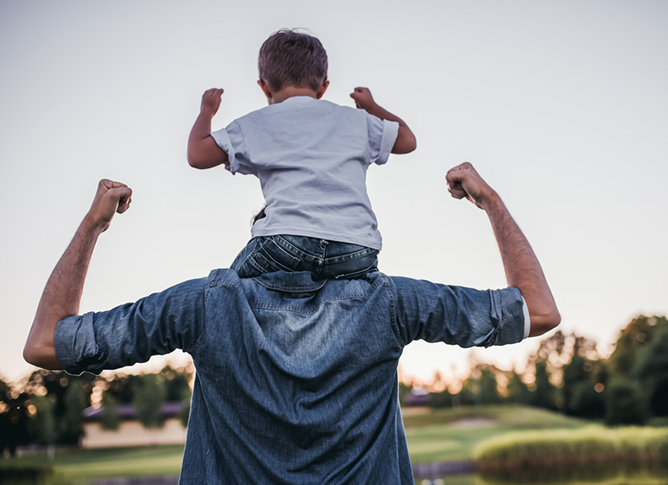 Measures dads can take to improve chances of custody