Domestic Violence: Why Victims May Be Afraid To Come Forward 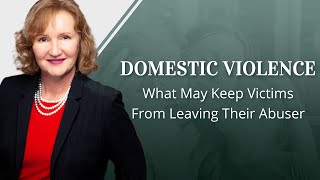 As of the beginning of May, we see some significant improvements in operations.
We just learned the courts here in Ventura County are preparing to open up. That means they are taking pleadings and some electronic filings for criminal cases and juvenile dependency cases. Juvenile dependency cases are those in which a child is taken from them by the state of the county. These cases often have substantial constitutional implications. Those must open up first for all purposes. We are hoping this means the court plans to open on or about May 13th as expected in Ventura County.

One of the most important topics to talk about today is domestic violence. As noted, we are seeing an increase in the number of people falling victim to domestic abuse. Even still, many people always do not take action fast enough to get help. There are many reasons people do not take action to leave his or her abuser.

The most common reason people don’t leave is that they are afraid their abusers will take their child(ren). “I’ll take your child. You’ll never see him or her again.” That’s the type of threat many abusers make. That’s a threat that happens no matter where in the world the abuse is happening. It’s because it is such a powerful motivator for those who would never want to leave their child.

Another common threat is this one. “I will leave you broke. I will leave you homeless.” It is widespread to hear this threat as well. “You’ll never get a dime out of me.” These are very real threats that make people stay in horrible situations even when they are at significant risk.

The court has remedies for these situations. However, to get those solutions, you have to go to court. If someone is threatening to take your child out of the country, it’s critical to take action. The best thing you can do in this situation is to go to court, file a motion, and stop him or her from doing this.

When you file a parentage or divorce action, the other party cannot take the child out of the country without the consent of the court to do so or your written permission. If they do so, there are remedies for this. Ventura County District Attorney has a Child Abduction Recovery Unit that will locate and execute the child’s return. In addition to this, the Hague Convention is in place for most countries that people commonly try to leave with children.

o be clear, it is very uncommon for someone making this type of threat to follow through with it. If you do nothing, there is a possibility that nothing will stop them from doing so. You don’t have the weight of the law on your side.

As for losing your home and finances, the court has remedies for this as well. The court is not going to allow a parent and child to be homeless while the other parent does nothing. The court will ensure a duty of support is in place to ensure the abused party is not further harmed.

These types of threats are very real risks. They are designed to control you and prevent you from getting help. However, these threats rarely occur and, if they do, you’ve taken actions to avoid them if you’ve contacted the courts.

Give us a chance to help you. Reach out to us today if you have been in an abusive relationship to get the help you need immediately.