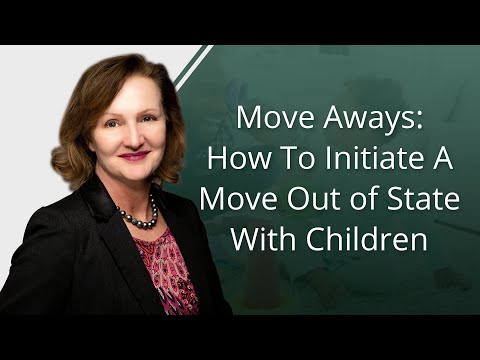 All right, so this applies to either dissolution of marriage with children where children are at issue and it applies to child custody parentage cases where again custody is an issue. For the most part, this is going to apply when we see people who don’t want to be in the state that they’re in, and by that, I don’t mean the condition they’re in I mean the geographical state in theUnited States in which they find themselves ho has jurisdiction over the children. It doesn’t mean which parent. It means what court, what state court has jurisdiction to make decisions about the custody and visitation of these children, and this is governed by the Uniform Child Custody Jurisdiction and Enforcement Act, which is a federal act which was passed years ago, many years ago, and has been adopted by all but I believe two states in the country. If you are listening to this, you probably are not in one of those states that have not adopted the UCCJEA.

Now, how do you know if no case has been filed? Well, you should know if you filed a case. If you have not filed a petition in your local courthouse, then you should know that. On the other hand, if you have not been served with paperwork from the other side, then you can probably assume that they haven’t filed anything in that courthouse either. That’s the first step. Have you been served with paperwork? If you have not been served with paperwork and have not filed a case, then neither of you has submitted to jurisdiction in the state in which you are currently residing. Is that the end of it? No, it is not the end of it because the UCCJEA establishes certain rules that are very very fact-based to determine which state is going to have authority to hear matters over a child. Now the scenarios here are just manifold. There are too many for me to go into or even pick a really good example because there are so many permutations of this.

So in making the decision whether you should file first and ask the court to move or if you should try to move and then file in the new state and serve the other party in the new state, you really need to talk to an attorney and not need to talk to just any attorney. You need to talk to someone who is very well versed in the UCCJEA and who is very experienced in trying these kinds of cases because these are usually won in the beginning of a case. This is not something that goes all the way to trial and then the court decides two years later who’s got the kids. This is something that gets decided very early and if there are two states with conflicting claims, what will usually happen is Council will file a motion to quash in one state or will get the judges to talk to each other.

The next thing that we want to look at is under the UCCJEA, what is the home state of the children. The home state is not necessarily where the kids are sleeping last night and tonight. The home state is usually determined by a number of factors starting with where were they born, where they’ve been for the past six months, where are the parents for instance primarily getting the care for the children. In some states, we’ve had a lot of cases where we have contests for jurisdiction over the children between here and Las Vegas and oddly a lot with Illinois and Texas and I think that’s a function of the military presence here in this county and the military presence elsewhere because almost all of those have turned on primarily military types of orders and factors.

We do have a number of cases where the jurisdiction question has simply been one spouse following the other for a job and then not wanting to stay where they’re at. So the last thing I want to tell you is if you are contemplating if you are one of those people, and there are many of them, that can choose which state you want to have this heard in because the law can go either way, then what you need to do is talk to an attorney in both places.

I had an instructor a long time ago or 20 years ago that used to like saying that the law is finite but the facts are infinite. This is one of those areas where the law is finite, but the facts are infinite. So if you are thinking that you want to have a court hear your case in a state other than where you’re at and that is the goal as opposed to merely relocating, then you need to talk to counsel, and I’m going to tell you again don’t talk to counsel that is not intimately familiar with this because this is tricky. The UCCJEA is not just a standard six-month rule. It is an intricate web of countervailing factors and you want to know someone, the person who’s going to be representing you, the person whose advice you’re going to be taking is very familiar with all of those countervailing factors and how the courts perceive and rule on them. How they weigh them.

My name is Carla Hartley. I hope this has been helpful. Have a good day. And I will talk to you again on this issue next week.